The desire for security stands against every great and noble enterprise. —Tacitus

In New York City you can get a ticket for sitting on a milk crate or taking up two seats on a subway or putting on a puppet show visible from the street or climbing a tree or driving a taxi while wearing shorts. NYPD officers walk through the stairwells of housing projects where crack gangs once ruled, not with drug dogs but with decibel-meters to hand out tickets to teenagers playing their music too loud. Central Park was once both dangerous and beautiful, but now someone has installed a fence every ten meters and it feels less natural than even the densest maze of Brooklyn concrete.

During my four years in New York, I walked alone at night into five or six of the worst projects in Brownsville, East Ne w York, Harlem and the Bronx (to interview people), and I never experienced a moment of fear—something that only an escapee from a mental institution could have said fifteen years earlier.

From 1960 through 1990, New York City had a crime rate that looked like a ski slope on the verge of going asymptotic. All the experts predicted a future of anarchy and blood despite a police budget that would rank the NYPD 19th in the world among national armies. Compare the NYPD’s 2009 budget of $8.2 billion plus a billion in overtime with the total military budget of, say, Indonesia, at $4.7 billion, Vietnam at $3.2 billion, Malaysia at 1.7, or the Philippines at 1.3, and you get a sense of how large this number is for a city police force.

Flush with money from frightened taxpayers, in 1994 New York’s police chief, William Bratton, shifted focus from major crimes to minor ones. Bratton’s “broken windows” theory was that if you arrest a man for peeing on the street you’ll have the chance to run his fingerprints and perhaps solve a burglary or robbery or murder down the block.

What followed? Between 1991 and 2001 the crime rate in New York fell by 73.6 percent. Murder rates went from 2,262 to 540 per year, Bratton gained the reputation as the best police chief in history (though his boss and mayor, Rudolf Giuliani, fired him in 1996 after Time put Bratton, not Giuliani, on its cover), and police departments throughout the world started copying broken windows. 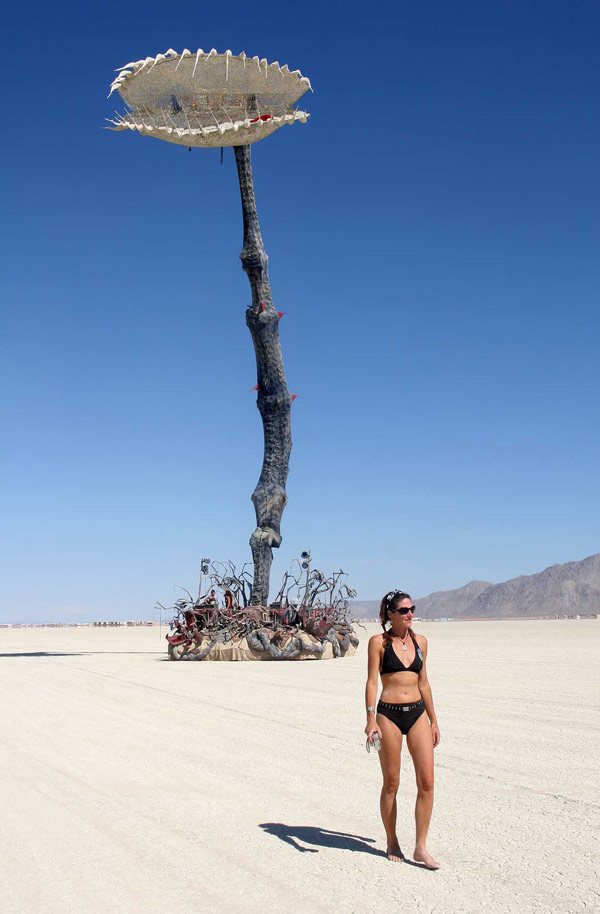 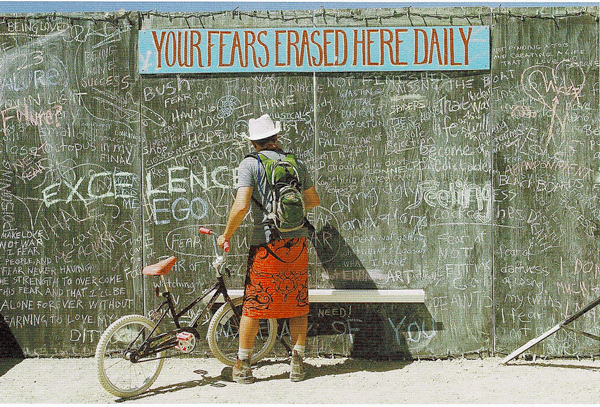 And yet Bratton’s aggressive police tactics had nothing to do with the drop in crime. The economist Stephen Levitt (author, with Stephen Dubner, of Freakanomics) used regressions to investigate why New Yorkers suddenly stopped killing and robbing each other, and the impact of broken windows was nearly zero. Instead, increasing the number of cops was responsible for about 15% of the drop, longer prison terms accounted for 30%, the falling price of crack cocaine for 15%, and, unexpectedly, the legalization of abortion nearly twenty years earlier was responsible for over 30%. The children most likely to make up the 1990s cohort of criminals simply hadn’t been born.

Levitt’s numbers aren’t seriously disputed. And yet the conventional “wisdom” hasn’t changed—when afraid of crime, we shout for more aggressive cops. We are willing to let our police arrest us for sitting on a milkcrate if that will lower crime, even if it doesn’t actually lower crime. Because it does assuage our fear.

When swine flu broke out, airport staff worldwide started installing thermal scanners, sticking thermometers into passengers’ ears and generally annoying everyone to show that they were doing something—though international health experts agreed that these steps were as useless in terms of public health as “security theatre” (the term given by security consultants to the shoes-and-liquids rigmaroles we all go through) is in terms of preventing a hijacking. Flight UA 903 from Germany to Washington was diverted to Boston because a passenger complained of flu-like symptoms. Egypt culled its pig population even though, despite the name, there wasn’t a single case of swine flu caught from a pig. Afghanistan put the one and only pig in the whole country (named Khanzir, meaning “pig,” she lives at the Kabul Zoo) into solitary confinement. Pork sales worldwide dropped drastically.

In 2004, a single case of mad-cow disease created a similar anti-cow hysteria.

We are terrible at assessing risk. America has both the most gun deaths per capita and the safest swimming pools (by virtue of all those fences), but even there the odds of your child dying from a gun vs. a swimming pool are less than one in a million vs. 1 in 11,000. And yet if your child has two friends, one with a gun in the house and the other with a pool, you probably feel safer sending your child to play in the latter—though it’s one hundred times as dangerous.

Exhibit A for the discrepancy between fear and risk, of course, is terrorism. Even with statistical spikes like 9/11, over the past fifty years the same number of people have been killed by lightning as by terrorism, both of which are dwarfed by deaths from food allergies, drowning in your own bathtub, or even lying in bed doing nothing and getting killed by, say, a collapsing roof. There would have to be one 9/11 per month in order for terrorism to equal the risk of driving even on the world’s safest roads (rural highways in the West), and two per week in order to equal the risk of driving in India.

But the problem is not just poor risk assessment, not just a wasted $8.2 billion. When you go from Franklin Roosevelt’s We have nothing to fear but fear itself to George Bush’s Be scared. Be very, very scared, you take a country that once defined itself by life, liberty, and the pursuit of happiness, and you turn its people passive and obedient. And you abandon the identity of an entire nation. All for a risk smaller than that of hiding in bed.

From the end of the 1940s on, there were only nine lynchings of black men in America—spread over roughly twenty years—but it was enough for the Klu Klux Klan to terrify the entire black population into obeying their racist code of behaviour (although, by comparison, at the beginning of that period 10,000 black infants were dying each year from preventable illnesses like diarrhea). No wonder Martin Luther King, Jr., warned that “We must build dikes of courage to hold back the flood of fear.” 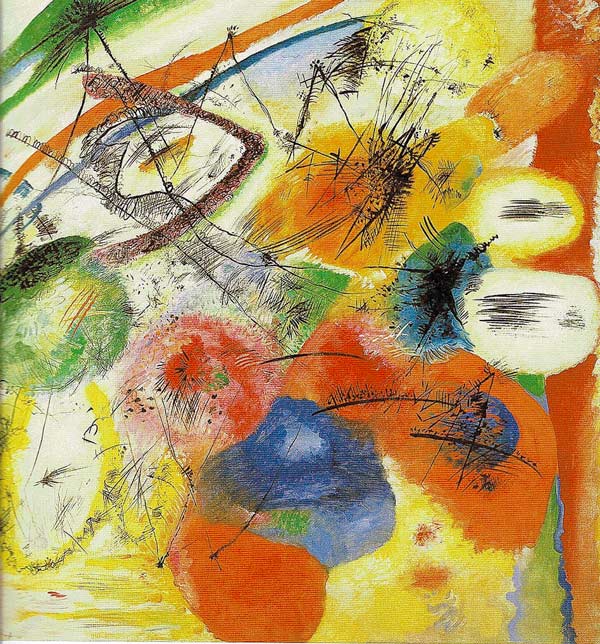 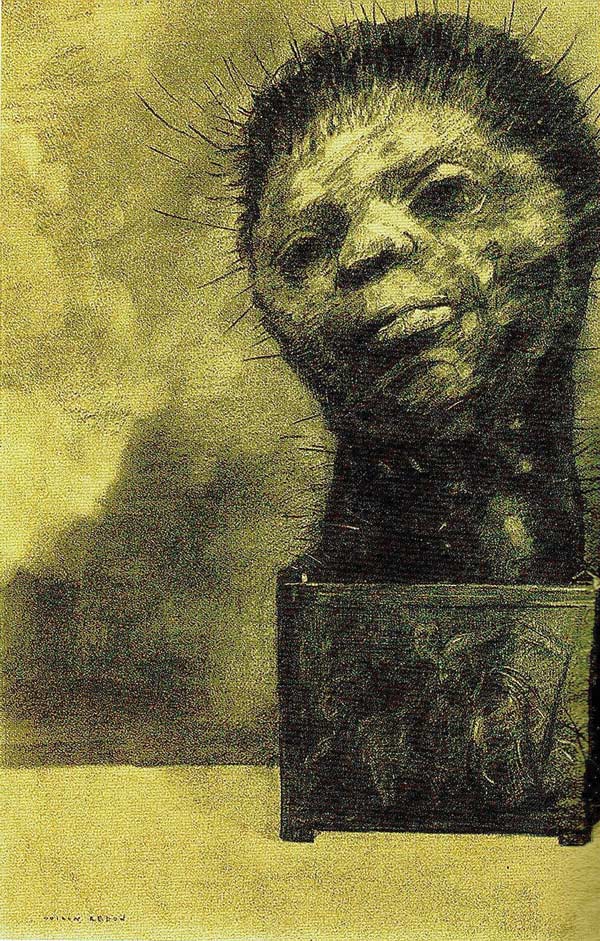 When fear wins, it turns men into slaves.

But fear is also rooted in us. It is at the heart of every society—without fear, the social contract, with its barter of freedom in return for group protection from the unexpected, is void for lack of consideration. Every contract ever written is an cryogenic hedge against the unknown future, a testament to our fearfulness.

At the other end of the spectrum is art, creation, all of which requires the id—lust, violence, irrationality, even fear. “My ‘fear’ is my substance,” Kafka said, “And probably the best part of me.” But there’s a fundamental difference to fear. Lust and anger can be creative in and of themselves. But fear is interesting only if it is overcome, if it is controlled, whether by Kafka or Warren Buffet when he advises, “Be greedy when everybody else is being fearful and be fearful when everybody else is being greedy.”

There is a reason why of all the “base” emotions, fear is the only one that our society teaches we should respect in others. Why it is not one of the seven deadly sins. Why the fear of crime shifted so smoothly into the fear of terrorism. A touch of slave morality makes a population easier to manage.

If I were writing a bible, there would be just one sin, and that would be fear—because it stands against the divine spark within humanity, the Prometheus in us that would steal fire from the gods and slug it out with the angels. But our religions, governments, and societies do not want us stealing from the gods. Perhaps they grudgingly admire those who do—the artists and Einsteins who change the world—but only so long as what they are doing is abstract enough that it doesn’t frighten (viz Galileo).

An artist can fight fear in many arenas, of course, from the political to the deeply private fear of an empty canvas. Whatever arena, each time fear wins, a bit of art is silenced. After Joseph Ng publicly snipped some pubic hair in protest of the Singaporean press, the government slapped him with a lifetime ban and, for good measure, banned all performance art stating that it was “concerned that new art forms such as ‘performance art’ and ‘forum theatre’ which have no script and encourage spontaneous audience participation pose dangers to public order, security and decency.”

Similarly, when conceptual artist Clinton Boisvert placed 38 black boxes bearing the word FEAR in white lettering in the New York City subway system in December 2002, he was charged with “reckless endangerment.” By arresting him, the police department unwittingly put the final necessary touch on Boisvert’s project, turning it into what I consider one of the most brilliant public installations of all time. The NYPD doesn’t agree.

There is a war—there has always been a war—between the artist and the policeman. The latter wants you respect him for the fences he builds between you and the dangers in the world. The former knows that you can’t leap over a chasm by taking two small steps.

The policeman’s worldview is shaped by fear. He pours concrete over a flower in order to preserve it forever. He takes the legal maxim, engraved into the walls of the Harvard Law Library, Lex est svmma ratio in natvra (law is the highest form of reason in nature), and turns it into a prohibition on the climbing of a tree anywhere in New York City. That is why Kafka, perhaps the greatest warrior against fear who ever lived, said, “The meaning of life is that it ends.”

Fear is concrete. It is a form of static that drowns out any musician who gives his ear to it. It is the root of all evil, the hiding place of stupidity. If New York City follows the stability-seeking ideals of Singapore, it will quickly lose its place in the art world. When an artist lets the shiver get all the way up his spine, he starts making derivative dreck. On every level—nation, city, man—fear freezes the spark.

Kafka’s approach is the only way to fight: every day do something that frightens you. Go to a scary place, make it comfortable, then move on to the next scary place and make that comfortable. Because fearlessness is not the absence of fear; it is freedom that comes from deciding something else is more important. “The demons are innumerable, arrive at the most inappropriate times, and create panic and terror,” Ingmar Bergman wrote, “But I have learned that if I can master the negative forces and harness them to my chariot, then they can work to my advantage. Lilies often grow out of carcasses’ assholes.”

Since the odds are high that you’re looking up the wrong hole anyway—from the cause of New York’s crime rate to terrorism to swine flu—be fearless. Conquering fear, to use the antiquated language of Thomas Carlyle, is the first duty of man. Conquer it and use it as Robert Raushenberg did: “Even at this late date, I go into my studio, and I think ‘Is this going to be it? Is it the end?’ You see, nearly everything terrorizes me. When an artist loses that terror, he’s through.”

A version of this article originally appeared in C-Arts Magazine, September-October 2009.